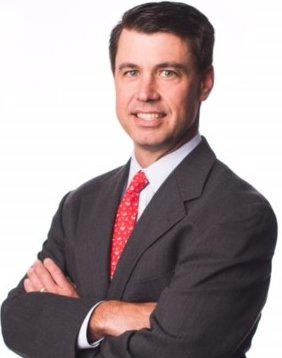 Tom’s skill and passion have earned him recognition on several occasions as one of Kansas City’s outstanding trial lawyers. Tom’s peers have routinely selected him for inclusion in the Kansas City Business Journal’s “Best of the Bar,” and he has been named a “Super Lawyer” by Kansas & Missouri Super Lawyers every year since 2008. In 2007, Tom also received the Thomas J. Conway award, which is presented annually by the Kansas City Metropolitan Bar Association to a trial lawyer who “represents his/her clients with zeal.” In addition, in 2011, Tom was named one of Ingram’s Magazine’s 40 Under Forty. Tom is also a select member to The National Trial Lawyers: Top 100, and in 2019 was selected by the American Institute of Personal Injury Attorneys as one of the 10 Best Attorneys in Kansas for Exceptional and Outstanding Client Service.

Tom has served on the board of directors of various civic organizations, including Saint Luke’s Hospital of Kansas City, where he served as board vice president, and the Down Syndrome Guild of Greater Kansas City, where he served as the board president. Tom is also a past board member of Saint Luke’s Cardiovascular Consultants and First Downs for Down Syndrome.

When not serving his clients, Tom likes to spend as much time as possible with his wife, Carrie, and their three children – Will, Regan and Owen.

University of Kansas School of Law, 1998