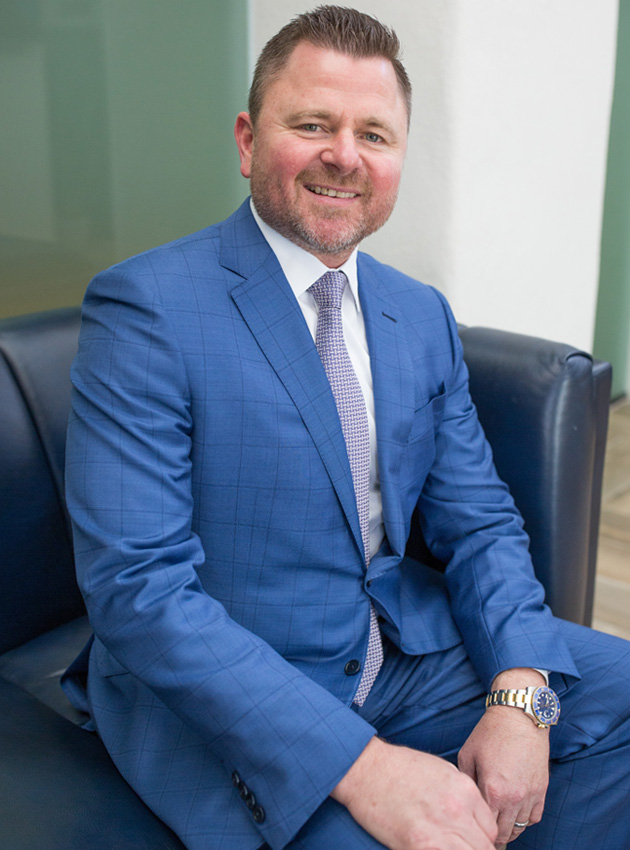 Tommy Richardson, owner and president of the AV-Rated law firm of Friedl Richardson Trial Lawyers in Phoenix, focuses exclusively on personal injury and wrongful death cases. As a licensed attorney in the state of Arizona since 1997, Tommy has been standing up for the rights of injury victims all over Arizona. With nearly two decades of experience, Tommy is actively involved in the leadership of the legal community.

Since 2009, Tommy has sat on the Board of Governors for Arizona Trial Lawyers and in 2011 was appointed by Governor Jan Brewer and confirmed by the Arizona Senate to the Maricopa Judicial Selection Committee. Tommy represents plaintiffs in trial work in Maricopa, Greenlee, Pima, Pinal, Mohave, Yuma, Apache, Gila, Cochise, La Paz, Coconino and Navajo counties. Tommy is the co-chair of the seminar committee for the Arizona Association for Justice/Arizona Trial Lawyers and is involved in the American Association for Justice and American Trial Lawyers.