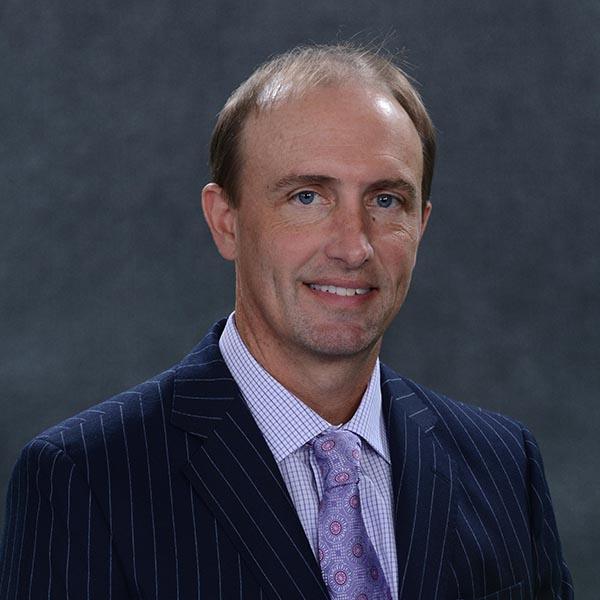 Nathan Carter is a Civil Trial Lawyer currently handling primarily nursing home litigation, medical negligence, product liability and other complex personal injury cases for plaintiffs and their families. After practicing with the largest plaintiffs firm in Florida, he left with several other partners, associates, and staff to form Colling Gilbert Wright & Carter, in 2005.

He obtained his undergraduate degree in Political Science from the University of North Carolina at Charlotte in 1992. He obtained his law degree from the Mercer University School of Law in Georgia in 1995. Mr. Carter is licensed to practice law in the United States Supreme Court and all of the State and Appellate Courts in both Florida and Georgia. He is also admitted to practice law in the Federal Middle District of Florida and the Federal Northern and Southern Districts in Georgia. He has also been retained by local attorneys to co-counsel complex cases in New York, West Virginia, North Carolina, Georgia, Ohio, Maryland, and Washington DC.

Dangerous machinery and equipment such as forklifts and industrial trucks

Institutional Neglect such as injury or assault at churches, daycares, and group homes

Nathan Carter has also achieved the highest rating, an “AV Preeminent Rating”, from Martindale-Hubbell, the most respected national legal ratings service. Less than 20% of all attorneys ever achieve this rating. Additionally, Nathan was voted by his peers to be one of Florida Trend Magazine’s “Florida Legal Elite” every year since 2008. Less than 2% of the 61,500 practicing attorneys in Florida are voted into the “Legal Elite” by their peers. He was also one of only 5% of Florida civil trial lawyers to be included in the “Super Lawyers – Top Attorneys in Florida” every year since 2009. He was also selected by The Wall Street Journal as one of the top lawyers in Florida. Our law firm has been selected to the US News & World Report “Best Law Firms in America”. Mr. Carter has also been selected by his peers to be included in the Best Lawyers in America for Personal Injury Litigation.

In 2009, Mr. Carter was selected by The National Trial Lawyers Association to be included in their “Top 100 Trial Lawyers”. The NTLA is a national organization composed of The Top 100 Trial Lawyers from each state. Membership is obtained through invitation and is extended only to those attorneys who exemplify superior qualifications of leadership, reputation, influence, stature, and profile as civil plaintiff or criminal defense trial lawyers. He earned this recognition every year since 2009. He was also inducted into the prestigious Melvin Belli Society in 2013, a national society of trial lawyers dedicated to fighting for injured people against large corporations.

He is an active member of the AAJ, American Association for Justice, (formerly ATLA), the Association of Trial Lawyers of America, a national group of trial lawyers dedicated to representing individuals and families against big insurance companies, HMO’s, hospitals, and other corporations. He has spoken at national AAJ seminars and been published in TRIAL magazine, the Journal of Trial Lawyers of America, the only peer-reviewed national publication for Trial Lawyers (“Who’s Really Running the Nursing Home?” November 2006). He has had cases featured and been interviewed by the New York Times, the Washington Post, The Wall Street Journal, the Dallas-Ft. Worth Star Telegram, CNN, Huffington Post, Orlando Sentinel, Miami Herald and South Florida Sun-Sentinel, as well as several Florida media outlets (see the articles section of our website for some of these).

Nathan also served several terms on the Board of Directors of the Florida Justice Association, (formerly known as the AFTL the Academy of Florida Trial Lawyers). He was voted onto the FJA Board again in 2012. Mr. Carter also served as the Chair of the FJA Nursing Home Task Force, and the Florida Lawyers Action Group Candidate Recruitment Task Force. As part of his role with the FJA, Mr. Carter frequently visits Tallahassee to meet with and lobby State Representatives and Senators on behalf of consumers and victims of corporate negligence. In 2012, the FJA awarded him the “Shoe Leather Award” for outstanding efforts in lobbying legislators in Tallahassee on behalf of consumers and families.

He has also testified several times before the Florida Senate and House of Representatives on various issues. Mr. Carter has also been privileged to be invited to go to Washington D.C where he met with and testified to various United States House and Senate Committee members about Nursing Home reform issues.

Nathan is also a member and Past President of the Central Florida Trial Lawyers (2002-2003 term) and served on the Board of Directors in 2010 and 2011. Mr. Carter is a member of the Orange County Bar Association where he served as the Chair of the Tort Law Committee in 2006 – 2007.

In 2011 and 2012, the President of the Florida Bar appointed Mr. Carter to a Special Committee to investigate Lawyer Referral Services in Florida. He was also appointed to the Florida Bar’s Grievance Committee for the Ninth Circuit, and served as the Vice-Chairman of that Committee in 2013 and 2014. Mr. Carter is also a licensed FIFA and US Soccer Intermediary and represents professional soccer players as an agent.

Nathan Carter has handled and tried to a jury all types of complex civil litigation including medical malpractice, nursing home negligence, product liability cases, sub-station transformer explosions and electrical burn injury cases, toxic-tort/chemical exposure cases, construction site accident cases, sexual assault cases against priests and day-cares, and all types of automobile accident cases, including many tractor-trailer cases. He has also served as an arbitrator in numerous binding arbitrations. He has obtained numerous successful settlements and jury verdicts in all types of cases.