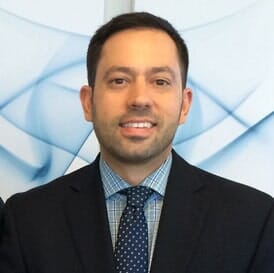 A Northeast Ohio native, Michael graduated from The Ohio State University in 1999, and completed his Juris Doctorate at the University of Wisconsin-Madison in 2002. Returning to Cleveland to form Goldstein & Goldstein, Michael has focused his practice on handling complex litigation, representing people and families of those injured in accidents, victims of sexual and physical abuse, nursing home neglect and medical malpractice. Michael has become an accomplished Trial Attorney, and obtained numerous large verdicts and settlements for his clients. Michael takes pride in tackling difficult legal challenges on behalf of his clients, and continues to fight every day against insurance companies and corporations, in an effort to recover fair compensation on behalf of people who have been injured. Michael's recent experience includes handling cases for victims of physical and sexual abuse, medical malpractice, nursing home abuse, legal malpractice, employment discrimination, wrongful death, insurance bad faith and trucking and motor vehicle crashes.

Michael is a board certified trial lawyer, obtaining his certification in civil trial advocacy by the National Board of Trial Advocacy. Michael has been recognized by Super Lawyers Magazine as one of the top attorneys in Ohio every year from 2016 through 2019. From 2013 to 2015, Michael was recognized by Super Lawyers as one of Ohio’s top attorneys under the age of 40. Michael has also been selected as a Top 100 Trial Lawyer by the National Trial Lawyers every year from 2015 through 2019, as a Top 10 Nursing Home Lawyer, and in 2016, Michael was selected for membership in the Nations Top One Percent by the National Association of Distinguished Counsel, representing a selection of the top one percent of attorneys in the United States based on standards of legal excellence.