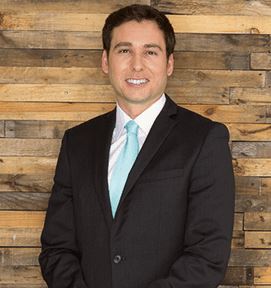 Michael Brevda is a trial lawyer with a reputation for success. He is passionate about pursuing justice for his wrongfully injured clients. Over the years, Mr. Brevda has recovered tens of millions of dollars for his clients and their families. He has represented countless victims of nursing home abuse across Florida and other states. Mr. Brevda has received national media coverage and is regularly interviewed for his knowledge in this field of law. He has also served as an arbitrator in nursing home abuse litigation. Mr. Brevda lectures nationally to other trial lawyers on personal injury trial strategies and has authored several published legal articles on nursing home negligence, traumatic brain injury cases, car accidents and wrongful death claims.

Attorney Michael Brevda is AV Rated by Martindale-Hubbell, receiving the highest rating from other members of the bar and judiciary on his professional capability and ethics. He was also awarded the Martindale-Hubbell ‘Client Champion‘ Gold award for his zealous advocacy on behalf of his clients.

Mr. Brevda became a member of the Million Dollar Advocates Forum in 2012 after serving as lead counsel in a case where the Plaintiff was awarded in excess of $1 million. He has earned several accolades by Florida Trend Magazine, including being named to Legal Elite’s list as an “Up and Comer” and “Top Lawyer.” In 2014, 2015, 2016, 2017, 2018 and 2019, Michael was recognized as one of Florida’s Top 40 Under 40 Plaintiff lawyers by the National Trial Lawyers Association. In 2015, 2016, 2017, 2018 and 2019, he was named a “Rising Star” by Super Lawyers Magazine. He was also awarded the Client’s Choice Award by Avvo in every year since 2013 for his consistent track record of client satisfaction. Attorney Brevda was recognized as a Top Florida Attorney by Avvo in 2017 and 2019.

Michael Brevda takes pride in being available to his clients and providing the one-on-one attention every case deserves. Attorney Brevda’s guiding principle in practicing law is to always do what is best for his clients. Michael’s glowing former client reviews evidence a long history of going above and beyond client expectations. While no attorney can guarantee any result, Michael Brevda works tirelessly on cases he accepts and aggressively pursues justice for his wrongfully injured clients. Attorney Brevda understands that life-changing injuries require specialized knowledge and consideration from an experienced attorney.

Lecturer: “Florida Wrongful Death Cases: Do You Have the Right Survivor?” (2017)

Lecturer: “Identifying Bedsores and Other Signs of Neglect” (2014)