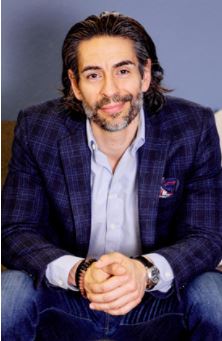 Gabriel is a third generation Arizonan. His family has been in southern Arizona for nearly a hundred years. Gabe was raised in Nogales, Arizona, and received both his undergraduate and Juris Doctorate degrees from Arizona State University. He also studied in Monterrey, N.L., Mexico at EGADE, Tec De Monterrey at the Instituto Tecnologico y De Estudios Superiores de Monterrey, attending the masters program in International Commercial Trade Law, and in Madrid, Spain at Estudio Internacional Sampere (EIS), earning a minor in Spanish.

With a focus on elder abuse and neglect litigation since his earliest days as a lawyer, Gabe has developed considerable knowledge and expertise in the area over the last 17 years. Gabe began his practice at a law firm specializing in the defense of institutional healthcare providers, including hospitals, nursing homes, assisted living facilities and group homes, but over the last 14 years has exclusively represented victims and victims’ families in abuse and neglect cases.

As a founder of Miller Kory Rowe, Gabe has continued to devote the majority of his practice to the firm’s elder abuse and neglect litigation group. These tragic cases require an understanding of complicated elements of traditional medical negligence cases, as well as corporate business torts. Over the life of the firm, the MKR litigation team has successfully prosecuted hundreds of such cases on behalf of their clients.

Gabe is also an Assistant Professor of Practice at The University of Arizona College of Medicine – Phoenix, lecturing and teaching elder abuse and neglect to medical students at the university. Twice a year, the firm hosts medical students to study actual cases regarding signs and symptoms of elder abuse and neglect. Gabe is also a member of Arizona’s Geriatric Society, AMDA. He is a board member of the Military Assistance Mission, whose mission is to provide financial and emotional support to current Arizona active duty military, their families, and Post-9/11 Purple Heart Recipients.

Gabe’s dog is the team MKR mascot and joins him at the office every day. When Gabe isn’t in the office, the mountains are his second home. He spends his free time backcountry skiing, and enjoys running, backpacking, camping, and hiking. Before becoming a lawyer, Gabe was a swimming instructor and scuba dive master.

Association for Justice (previously the Association of Trial Lawyers of America)