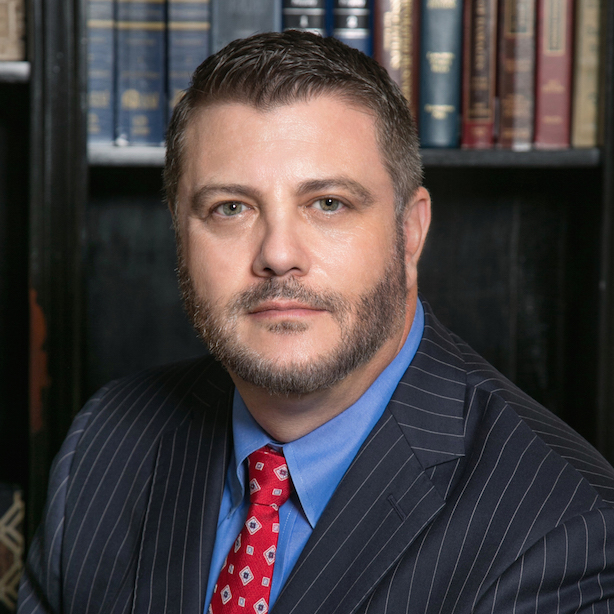 “History is the best predictor of the future. Experience matters, our track record counts.”

Eric J. Hertz is a double Board-Certified Trial Attorney by the National Board of Trial Advocacy and the American Board of Trial Advocates. A member of America’s Top 100 High Stakes Litigators and Top 10 Nursing Home Trial Lawyers, Mr. Hertz has tried over 100 jury trials as Lead Attorney and handled over 100 wrongful death cases, resulting in multi-millions of dollars collected for his clients, including several record high verdicts.

Mr. Hertz is the author of Nursing Home Abuse and Your Loved Ones (2016) and co-author of Thomas Reuters: Punitive Damages in Georgia (1997-2020); Georgia Law of Damages (1998-2020); and Georgia Law of Torts (2002). He is a regular speaker and author for the Institute of Continuing Legal Education of Georgia and has been featured in the Georgia Trial Lawyers Association legal periodical Verdict

Mr Hertz is currently handling over 150 nursing home cases. Other notable verdicts from over 100 jury verdicts as lead counsel:

Eric J. Hertz, is now primarily focused on nursing home litigation. Prior to this he has settled or received verdicts for the notable cases below, and has also handled over 100 wrongful death clients.

Jury Awards $11 Million for Brain Injuries– June 20, 2007, Fulton Daily Report. In this case, Mr. Hertz’s client was awarded $11 million for injuries he suffered when he was hit by a tractor-trailer owned by a national trucking company. Before trial, the defense only offered $150,000 because of disputed liability.

$6 Million Awarded in Coweta– April 29, 2004, Fulton Daily Report. The attorneys at Eric J. Hertz, P.C. pride themselves on obtaining large jury verdicts for their clients, even in smaller counties that many lawyers choose to avoid.

Driver Moved Into Truck’s Path; Jurors Award his Family $2.75M– April 29th, 2004, Fulton County Daily Report. This is another case where the jury returned a large verdict for Mr. Hertz’s client, even though the defense only offered $100,000 prior to trial because of disputed liability.

Jury Awards $800K to Injured Driver– Georgia Trial Reporter, Volume 21, Issue 9. Here Mr. Hertz’s client was awarded $800K for a back injury in a case in which causation was hotly disputed. The award is thought to be the largest back-injury verdict ever recorded in Walton County, Georgia.

Jury Awards Record $220,000 for Broken Finger– January 27, 2000, Fulton Daily Report. This is believed to be a record-high verdict for a broken finger case.

Inmate Found Hanged in Cell– January 9, 2001, Gwinnett Daily Post. This was one of the largest jail suicide settlements for this county.

It’s Just Inexcusable to Me– July 2, 1998, Atlanta Journal/Constitution. This was a case against a daycare in which multiple clients were burned at a daycare.

Sailors’ Kin Sue Israelis Over Deadly Ferry Accident– Atlanta Journal/Constitution. This international lawsuit involved 19 soldiers who were killed overseas. After years of litigation, Mr. Hertz was able to help all of his clients by means of a confidential settlement

Wreck Takes Life of Student leader– December 1996, Atlanta Journal/Constitution. This was a products liability case that resolved in a confidential settlement.

School Bus Driver Charged in Boys Death – September 16, 2009, AJC.com. We represent the family of a five year old tragically run over by his school bus.

Worker Disputes Builder’s Account of Fatal Shooting – July 3rd, 2008, Times-Herald.com. We currently are representing the family of a man that was shot and killed at a construction site.

Mediation Ends Lawsuit Filed in Inmates Death – October 11 2000, The Barrow County News. We handle cases all over the Southeast.

Veteran Macon Firefighter Hit by Car While Battling Blaze – August 2, 2003, The Atlanta Journal. Having written the Punitive Damage book for Georgia, we take on many punitive cases.

Dawson County Jailer Dies While Helping During Storm – March 26, 1998, Dawson County Advertiser & News. This was a terrible accident in which we were able to win a recovery for the family.

In tears, Atlanta Officer Gives His Account of Wreck – May 19, 1999, The Atlanta Journal-Constitution. This involved the death of a young child.

She Was an Angel Here – October 14, 1997, The Macon Telegraph. We were able to recover a large settlement for our clients.

Lawrenceville Man Rear-ends Patrol Car – September 16, 2003, Gwinnett Daily Post. We have represented numerous police officers who were injured while on or off duty.

An Unexpected Verdict – May 24, 2004 – The National Law Journal. Another multi-million dollar verdict which received national attention.

Man Charged in Shooting – Dawson News & Advertiser. This is an example of another case that involved a shooting.

Parents’ Grief Behind Lawsuit Against Schools – August 17, 2000, The Atlanta Journal/Constitution.

TV Sports Anchor Faces Felony Charges in Fatal Collision – September 18, 2003, The Telegraph. This was a terrible wrongful death case in which we prevailed.

Teen Dies in Motorcycle Wreck – June 6, 2003, The Northeast Georgian. We have represented many motorcyclists.

Admitted to the bar of the Federal Districts of Georgia

National Board of Trial Advocacy

American Board of Trial Advocates

Connectionology 2021 – Case Selection in Nursing Home Cases: Know where you are before you jump in

Connectionology 2021 – The Best Cases Are Already in Your Filing Cabinet

Connectionology 2021 – Everything You Need to Know About the Watermelon Book

Connectionology 2021 – The Anatomy of a Soft Tissue Case

Connectionology 2022 – The Silent Start of Sepsis

Connectionology 2022 – TBI Litigation and The Basics

The American Association of Justice (AAJ)