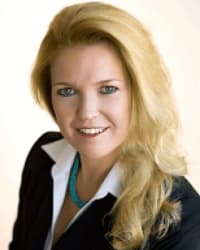 Dusti Harvey is the principal of the Harvey & Foote Law Firm in Albuquerque, New Mexico. Prior to forming her law firm, she directed all aspects of litigation as corporate counsel for a national nursing home chain for over six years. She was in charge of the Alternative Dispute Resolution program under the corporation's bankruptcy and traveled the United States mediating over 1,500 nursing home cases. She now devotes a significant portion of her practice advocating for the well-being of elderly individuals residing in nursing homes and lectures nationwide at seminars regarding nursing home neglect and abuse. Ms. Harvey also practiced law as an associated for a large civil defense firm with a focus on insurance defense, medical malpractice and automobile accidents.

Standards of Care During a Pandemic: What’s Changed? April 2020

Nursing Home Litigation College: From Intake to Resolution, May 2019

Maximizing Damages for The Elderly and Minors, April 2019

Starting your Own Law Firm From A to Z, New Mexico Bar Convention, July 2018

Caregiver Testimony: The Key to Your Case, April 2013

Arbitration Agreements: Current State of the Law and How These Affect Mediation, March 2011

Infection Cases: What Causes of Action are Viable and How to Prove, January 2011

An Update on Arbitration, April 2010

Strategic Depositions: Who to Depose and When, March 2009

Strategic Depositions: Who to Depose and When, American Association for Justice

Advocating for Good Care While in a Nursing Home, Senior Centers throughout New Mexico

Causes of Action against Nursing Homes, Legal Referral for the Elderly Program

What to do if You Suspect Abuse in a Nursing Home, Kiwanis Clubs

Choosing a Nursing Home for Your Loved One, Albuquerque Avitan