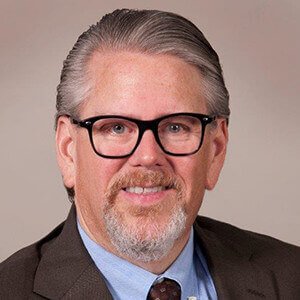 Michael is the President and Managing Director of Shaheen and Gordon, P.A.

He has been practicing law in New Hampshire since 1990 and is also a member of the bar and handles cases in Massachusetts, Maine, and Vermont. He helped establish and is a member of the firm’s Anti-Discrimination and Diversity Committee.

Michael's practice is now concentrated on the representation of victims and their families in serious personal injury and wrongful death cases of all types. Michael's aggressive and experienced representation has resulted in significant compensation in small and large cases, including many cases where recovery has been in excess of one million dollars. In recent years, Michael has successfully represented numerous victims in a wide variety of serious injury and death cases, brain injury, burn injury, spine injury and other cases including car/truck/motorcycle collisions, premises liability cases, products liability cases, cases involving pharmaceutical and medical device injury and others.

Michael’s ability to successfully try a case and skillfully negotiate has led to many favorable results for his clients, including the 2018 wrongful death suit against the city of Nashua that resulted in a $2 million settlement in favor of his client.

Michael began his litigation practice with the firm in 1990 and rapidly developed a significant trial practice representing a diverse group of clients throughout Northern New England before State and Federal courts in various civil matters. He understands that each client deserves a lawyer who has been to trial and has handled their kind of case. Michael believes in making his client's problem his own and carrying that burden to get the justice they deserve.

B.A. University of Massachusetts at Amherst, 1987

Member of the Anti-Discrimination and Diversity Committee

Selected by peers for inclusion in The Best Lawyers in America since 2008.

Prior results do not guarantee a similar outcome. Each case is different and case results referred to in this website are not intended to be, nor should they be understood as, a representation that equivalent results will be achieved in any given case.

Settlement in an auto accident that led to wrongful death.

Settlement in an auto accident that led to wrongful death.

$1.7 Settlement for Pedestrian Run Over by Tractor Trailer Truck

Shaheen & Gordon Attorney D. Michael Noonan negotiated a $1,500,000.00 settlement for a young man seriously injured in a fall from a second-floor sliding door. The client suffered serious injuries, including a traumatic brain injury.

$1.25 Million Recovered For Passenger On Motorcycle Injured When Struck By CarShaheen & Gordon Attorney D. Michael Noonan negotiated a $1,250,000.00 settlement for a woman seriously injured while a passenger on the back of a motorcycle driven by her husband. A careless motorcyclist ran a stop sign and "t-boned" the motorcycle causing her serious injuries, including a mild traumatic brain injury.

$1.25 Million Settlement - Automobile vs. MotorcycleCar runs a stop sign and strikes motorcycle on which plaintiff is riding as a passenger, causing serious, permanent injuries.

Shaheen & Gordon Attorney D. Michael Noonan negotiated a $1,050,000.00 settlement for a woman injured by her exposure to a dangerous drug. By presenting a persuasive case demonstrating the effects the drugs had on her Attorney Noonan was able to resolve the case favorably for his client.

Shaheen and Gordon Attorney D. Michael Noonan successfully arbitrated this case for a woman seriously injured in a motor vehicle accident, including serious leg injury and a mild traumatic brain injury. The driver who caused the accident had only $250,000.00 in insurance coverage, but the injury victim had a $1,000,000.00 underinsured motorist policy of her own. The insurance company for the driver who caused the accident offered to pay the $250,000.00 they had for coverage but the injury victim’s own insurance company would only offer to pay another $50,000.00 for a total recovery of $300,000.00. Because of her serious injuries, the plaintiff rejected this offer and proceeded to arbitration which lasted five days and after the presentation of the case by Shaheen & Gordon Attorney D. Michael Noonan the arbitration panel awarded the full $1,000,000.00 as compensation.

Elderly pedestrian walking on the sidewalk for his morning walk when an elderly female driver loses control of her vehicle driving up onto the sidewalk striking the pedestrian causing serious injuries to both legs. Pedestrian required hospitalization and rehabilitation to regain the use of his legs.

Tractor-trailer driving down a rural hill, plaintiff driving up the hill on the opposite side of the road. Collision occurs near the center line during a snowstorm causing serious injuries to the plaintiff. Case settled during litigation for $550,000.00.

Shaheen & Gordon Attorney D. Michael Noonan successfully arbitrated this case for a husband and wife seriously injured in an automobile accident. The driver who caused the accident had only $25,000.00 in available insurance coverage, but the injury victims had a $500,000.00 underinsured motorist policy of their own. The insurance company for the driver who caused the accident offered to pay the $25,000.00 they had for coverage but the injury victim’s own insurance company, despite their serious injuries, would never offer more than an additional $65,000.00 for a total recovery of $90,000.00. The husband and wife rejected that offer and proceeded to arbitration which lasted a half day and after the presentation of the case by Shaheen & Gordon Attorney D. Michael Noonan the arbitration panel awarded the full $500,000.00 as compensation.

Claimant was working as a delivery man delivering items to a supermarket in Southern Maine. On exiting the store after delivering the items, the plaintiff fell on a crack in the ramp leading from the building. Plaintiff suffered a knee injury requiring several knee surgeries.