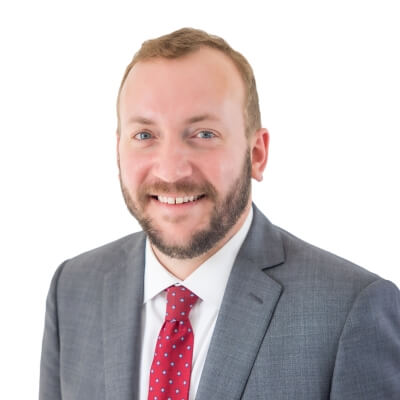 Bart Siniard decided in fifth grade that he wanted to be a personal injury attorney. Watching his dad help people in a time of need planted a seed in his heart to follow in his father’s footsteps. Fifteen years after making his decision, Bart graduated from the University of Alabama School of Law. He returned to his hometown of Huntsville to practice personal injury law with his father Tommy Siniard. See the full story here:

In 2017, in a complicated car accident case, Bart obtained a unanimous decision from the Alabama Supreme Court in his client’s favor, making him one of the youngest Alabama attorneys to do so as the lead counsel. Later in the same year, he was recognized as a Super Lawyers’ “Rising Star.” The following year, Huntsville attorneys elected him Treasurer of the Huntsville Bar Association. In the last two years, the National Trial Lawyers has designated Bart as a “Top 40 Under 40” attorney in the state of Alabama. According to 256Today, Bart Siniard is one of the youngest attorneys in Alabama to obtain verdicts in both the state and federal court systems when serving as lead counsel.

Bart handles all types of personal injury cases, but he has a special passion for the elderly who have suffered injuries or who have died due to nursing home abuse and neglect. In 2016, he received specialized training at the American Association for Justice’s Nursing Home Litigation College in Washington, D.C. in order to learn more about how to pursue injury and wrongful death claims against nursing homes.

A self-assessed history nerd, Bart enjoys his downtime researching and writing about Huntsville history. Bart also enjoys public speaking opportunities. He has been a guest lecturer about medical malpractice laws at UAH’s School of Nursing and at the Madison County Medical Society’s Members’ Meeting. Bart has also been a featured speaker at Greater Leadership Huntsville and the Alabama State Bar Young Lawyers’ CLE Convention.