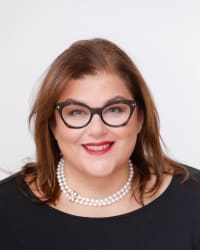 Ms. Sonin is a top negotiator and trial lawyer. Ms Sonin has a strong history of advocating for her clients in a variety of fields. Prior to her becoming a plaintiffs attorney she worked for the Legal Aid Society, The New York City Law Department where she received accolades, awards, and commendations from government officials, the Community, and her peers. As a prosecutor, Ms. Sonin prosecuted the most violent offenders and became an arson expert. She successfully prosecuted the Riverdale Synagogue bombing which earned her nationwide recognition. She became a nationally recognized expert in Arson, and hate crimes and has been consulted on arson cases around the country.

While working as a deputy county attorney Ms. Sonin was considered a top negotiator while dealing with municipal entities including the police department, correctional facilities, and the Department of Social Services.

Ms Sonin received her undergraduate degree from American University and her law Degree from Quinnipiac University School of Law.